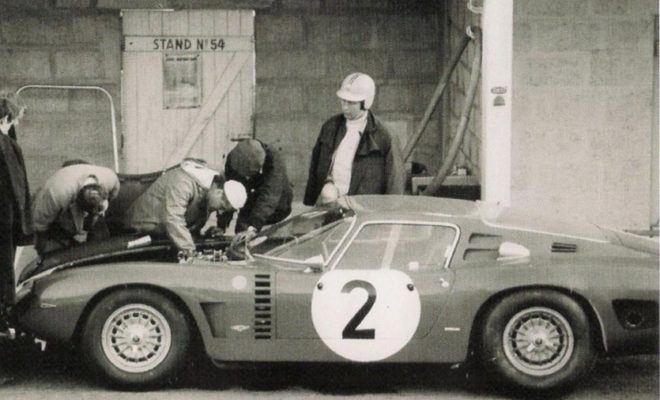 From Le Mans to Milan, a matter of Heart

It must have been at the end of 1963, maybe the summer was just about to end, maybe the October rains just set in, when the assembly line of the Iso Rivolta GT was busy on the Bresso premises. The dream to manufacture custom-made cars for a market as big as the one in the US seemed to be as real as ever. The goal of 10 cars a day must have been reasonable in Renzo Rivolta’s mind considering the pace the cars left the construction line. Even Giotto Bizzarrini must have been very positive as he was pretty close to fulfill the brightest of his dreams – to build a race car that could beat the Ferrari. 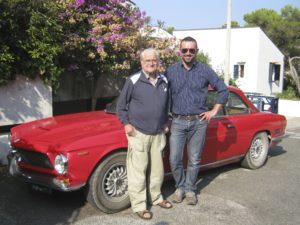 Giotto Bizzarrini, GT #172 and I, during a memorable visit

“It’s quicker than the Ferrari 250!” I can almost hear him shout, with a remarkable Tuscan accent as he gets out of the Gordon Keeble he tested for Rivolta in the end of 1961: He probably didn’t know that he just laid the first stone to make his dream come true.

“Commedatore Rivolta, keep only the engine of this car and throw the rest away, the chassis is like a spring!” Bizzarrini was a skillful engineer and a talented test driver and I bet he envisioned the shape of his “new” race car in that very moment, in the mist at the end of Bresso test track, the one that should have beaten “his” other creature, the mighty 250 GTO. The Chevy 327ci had enough power in its high performance version, so he only had to think of a chassis and body shape, maybe something to remind the GTO, exactly the one he wanted in his rearview mirror. 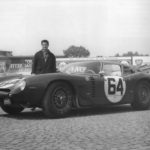 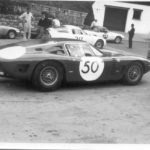 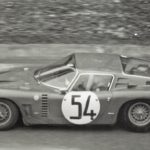 Bizzarrini had a soft spot for competition, that’s what he really wanted to do and he was prepared for anything to get to the checkered flag first. Rivolta was probably pretty skeptical as he wasn’t too sure that cars sell on Monday which raced on Sunday but maybe he just wanted to spend the Sunday somewhere else than at the race tracks. In the end, Bizzarrini got his confirmation when in 1963 Rivolta gave him the go ahead for the development of the Iso Grifo Competizione, the A3/C. The chassis was the shortened one that was designed by Pierluigi Raggi and himself for the Iso Rivolta GT and Grifo A3/L with great contribution of Alfieri, Giulio Alfieri, who was making the difference for Maserati in Modena. The A3/C had all the credentials to be a competitive and winning car, the engine was a specially tuned Chevy 327 rated at 400 bhp by replacing the Holley carb with a set of four Webers, on a Bizzarrini designed manifold, the torque was mostly seen on tractors, chassis design was the state of the art, road handling at the highest level, with a very light aluminum body (built by Carrozzeria Sports Cars – Drogo), simple and sinuous.

Giotto must have felt it was really his car as Rivolta gave him freedom to make it the way he wanted, free to follow his vision. In these days the first A3/C “Corsa” came to light, chassis B-0201. More or less in the same period, a body left the Bertone premises -this time not a car intended for racing – but the Iso Rivolta GT body 260*172.

The B-0201 soon began to stretch its wheels on the race track, gaining very promising results both in terms of reliability and placements. Bizzarrini wanted to race and he became impatient with the concerns of Rivolta for the big money flowing out of his pocket. 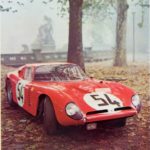 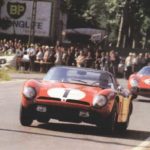 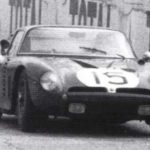 It’s time to build more A3/C “Corsa”, first the B-0202, that raced at the Sebring track, and then chassis B-0207. On the latter car, Iso fitted an engine that came from far away. It was assembled on the “holy day” of Ferragosto of 1962, precisely on Aug. 15th 1962 at the GM Flint plant in Michigan as a Chevy 327 ci, rated by the factory as “high performance” and stamped F0815RE. It soon found its way to Bresso, to meet its “bride-to-be”. Once it got to the Iso factory in Bresso, the Iso staff and Bizzarrini got to the conclusion that they need to replace the connecting rods in order to attain higher reliability at high rev. The high performance rated engines fitted by Iso have special rods designed by Iso to rev above 6,000 RPM. F0815RE was ready and got the Iso numbers * 447 * and it’s time to meet B-0207: the 24 Hours of Le Mans were upon us. 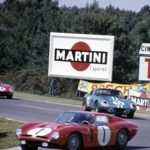 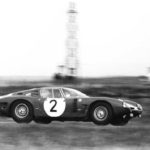 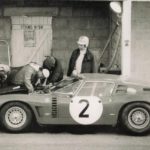 The drivers Edgar Berney and Pierre Noblet gained the 14th placement at an average speed of roughly 200km/h running for only 22 hours. At half the race, they were in 9th place. Lap after lap the race got tougher, we all knew that luck is blind but bad luck is impatient. While replacing the brakes pads, one of them fell into the caliper so the mechanics had to remove the entire rear axle. A huge amount of work, for a very talented and dedicated team. After the race Bizzarrini and his assistant Mauro Prampolini loaded the car on the truck for the next races: 12 Hours of Reims, St. Ursanne Hill Climb where B-0207 gained 4th place, Sierre Montana Hill Climb (10th place), 1000km of Paris and 3 Hours of Monza with an exceptional 2nd place.

Mauro Prampolini, tuning B0207 for the race 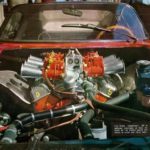 The 1964 season came to the end and it was about time to draw some conclusions. In the meantime, the Commendatore Antonio Barbieri, editor of Edizioni Scientifiche, was at the factory to buy his first Iso Rivolta. He asked for a high performance car. The sales team must have thought they have their test car available for sale, chassis 260*172 but the engine was the 300 bhp one and not what the buyer was asking for. This engine with the 2.88 ratio already in the car could run at 240 Km/h but Mr. Barbieri asked for something more. Someone must have advised the sales team that the engine of the A3/C B-0207 could work for them and would allow a top speed of 240Km/h but with a higher ratio of 3.31 to allow much stronger acceleration. As a matter of fact, * 447 * could allow 1000rpm more than the standard 300bhp hence giving high speed and high acceleration performance. Commendatore Barbieri must have been very happy with the purchase of “super” #172 as it was the first of many Isos he owned. During an interview with Italian magazine Quattroruote, issue n. 8/1967, he said that before his current Grifo he had a GT he was very pleased with because he could speak to passengers in a quiet environment and declared “I will only drive Iso in my life”. 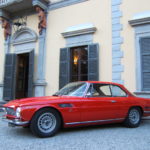 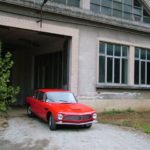 Iso Rivolta GT #172 at the Bresso premises in early 2000s. 40 years after she first left the factory 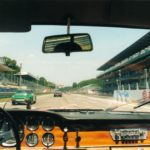 Iso Rivolta GT #172 at the Coppa Intereuropa of Monza

And that’s how the glorious * 447 * still beats in 260*172, united after so many years without breaking up with each other. The third owner, a nice doctor from the town of Pioltello, a stone’s throw from Bresso, once told me that he and his wife loved #172 so much and his voice eventually broke probably under the loads of memories. “I married my wife with the Iso, I’ll send you the pictures. It was 50 years ago”.

Today’s curves are certainly not Le Mans’, today’s hills are not even close to the hill climbing in Switzerland, the four Webers gave way to a quieter Holley but nonetheless, as happens to the champions, it doesn’t take much to amaze with the grace of those who have faced immensely bigger challenges but not for this more exciting than a winding road at sunset. 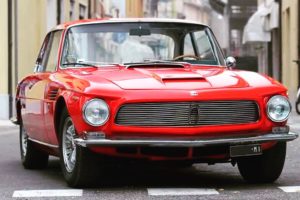 #172, as of today, enjoying italian roads