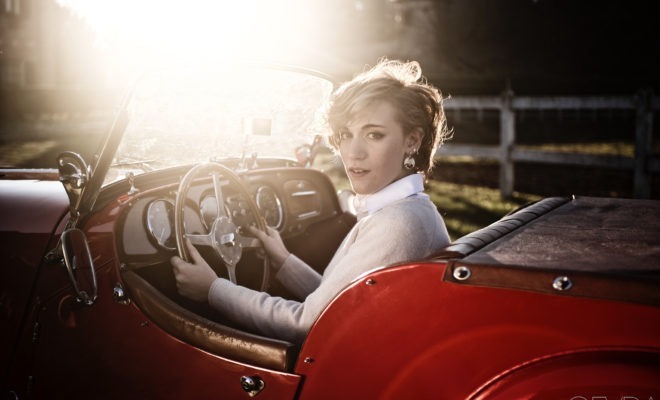 For the italian version turn the page…

After weeks looking around for the most suitable location, we finally  realized our very first photo shoot. We can’t start better, choosing the (1966) Morgan Plus 4.

Stefano, The Morgan Plus 4 owner, has always been an English car fan, since in 1910 his family emigrated in UK . Indeed he grew up driving the Rover P4, p6 etc. and starting from that imprinting began his passion for “made in UK models.

The interview started off with an exchange of opinion  last developments concerning the latest developments in the Malvern Link’s company (where these models are set up) which few years ago, celebrated its centenarian. Charles Morgan ,founder’s grandson, has been relieved from the company after the frequent face-offs. However we don’t want to deal with “car gossip”.

Getting back to our Morgan Plus 4, before analysing it in detail, we try to tell you the story of the model. Without describing the interesting company’s story, we can’t avoid narrating where these fascinating shapes arise so much so that they became a sort of “trade mark”.

Until 1936  Morgan only produced three-wheel vehicles, but starting from this date, it launched on the market the very first  4/4, which means 4 cylinder-4 wheels. This vehicle was made up by a steel chassis  while the body was made up by a wooden structure covered by aluminium control panels:the combination of these elements lends it a safe airs car and the typical lightness of  sport cars. Moreover it could rely on independent front suspensions and automated brakes.

The engine was the Coventry Climax with intake valves ahead ,and lateral drains: 1122 cc,4 cylinder, 34 hp.

The coachwork, open,it was a Tourer 2- seater and it was sold in a competitive price .It succeeded  in obtaining brilliant performances in Rally racing and in the 24 hours of Le mans  in 1938( driven by a women, the talented Priscilla Fawcett)and in 1939.Starting from 1937 the coachwork offer became wider ,(as the Tourer 4 -seater or the Drop Head Coupé) .But the most important and relevant  change in design happened in 1954:from a flat radiator in view with external lights, typical of pre-war period, to cowled radiator and the lights were blotted out.

Focusing on the Plus 4, for years it was the company’s sport car model ,indeed Plus means more power and sportiveness. For that reason in 1950 a more powerful engine was thought to be a better component in that car, and the Standard 2088 cc, 70 hp  engine was assembled.

In 1964 the 90hp(TR2) Triumph was chosen and then the100hp(TR3) engine, finally resulting in the TR4 2138cc,and 41 hp, like our model. Nowadays it could be insignificant, but for that epoch it was something great and notable, and it seems more powerful than in reality… its piercing rumble is something unique and it goes very well with Morgan.

Morgan Plus great performances with the Triumph engine reinforced the company image,with a glorious sport career, culminated in the victory in 24h Le mans. However when the TR4A production ended, the company failed in finding a worthy substitute,with the same features of power, reliability,and reduced dimensions. For these reasons The Morgan Plus production ended too, replaced by the Plus 8 with the Rover V8 engine,3.5 cc.

But at the end of the 1960’s Peter Morgan, Morgan founder’s son, had some important decisions to take. They could become larger expanding and updating the range of “products” to offer, or crystallizing it. But expanding could be a risky choice:lots of links with banks would have been developed, with the risk of losing everything.

First they tried to replace the Morgan model with a more modern one, and in 1963 the Plus 4 Plus was launched ,but it was literally a failure. Nevertheless the Plus 8,based on the old style and adding more hp than the Plus 4,was a real success. It was made for professional pilots, and ,following the market responses, they found the right way and they decided to crystallize the fantastic Malvern Link production.

The model of our photographic service is a left driving car, which is rare for an English car belonging to that epoch. It was first registered in France and  registered again in Italy at the ends of the 1990’s. For 15 years  Stefano has taken care of it , and  he also took part in lots of events concerning vintage cars.

It was an exciting experience for Vitadistile staff taking part in this kind of project and ,above all ,getting in touch with such an extraordinary model,endowed with a sort of fantastic and brilliant “light”.Unfortunately, thought the great skill of our photographer, the pictures cannot give back that light.

The shots were realised in the  “Croara Vecchia” riding stable, located near Piacenza, in the northern Italy, helping us in reproducing a perfect English mood and style.

We want to thank:

Martina Cottini, our beautiful  model, who ,thought she at her first experiences,shows a great skill.

Alessia Corbellini the stainless lady rider, who takes care of the horse making it domesticated and tame.

Lucia Gazzola, who helped her daughter in taming the horse during the shooting and helping us in the organization

Stefano De Cosimo, the Morgan Plus owner, who was so kind  allowing us to realize our first photo shoot.